For those who hope for a future where the web experience will be decentralised as well as more ‘human’ and private in a time where the opposite is what is in vogue, Web 3.0 seems to be the answer.

According to Online Invent Melbourne, reports and statistics have shown that there has been an exponential growth in the number of internet users from a figure of 783 million to about more than 3 billion users in a space of about fifteen years i.e. from 2000 to 2015. 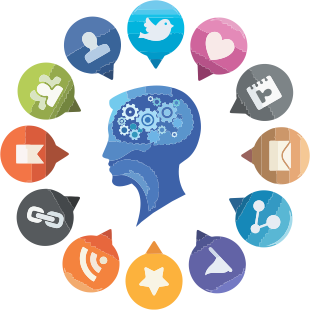 It is a fact that users of services like Google, Amazon, Facebook and Twitter willingly sacrifice their personal security information so they could enjoy these services. The downside of this is that these users are tracked and their habits are also recorded to be sold to the highest bidders in the market. What is not known is if they are aware this is something that has happened and perhaps is still happening either directly, indirectly or both.

Based on the rough estimate that there are over 4 billion internet users now in 2018, one can only imagine the large amount of data that would be lying about in the cyber realm. Many large digital corporations knowing that personal information is highly valuable have started to move and keep all of this in centralized data servers. For those who envision that their rights to their personal information would be returned to them with the new revolution, this is not the case as they are left in the hands of large corporations whose motives raise a whole lot of doubts.

The blockchain and it’s use for core encryption

However, some ‘platforms’ amongst whom is the block chain that carries with it ‘a distributed ledger’ that came along with ‘Bitcoin’ have been able to come up with a solution. The idea behind this platform is the concept of ‘decentralisation’ working hand in hand with peer-to-peer digital storage.  Web 3.0 is a ‘humanised internet’ (focused on creating private and more human experience for internet users). Block-chains such as Ethereum have been able to create a trust-less platform where rules are upheld and data encryption is to the core. All of this is made possible with the elimination of middlemen as well as the absence of a middle point of control. As a result of data encryption, user data will not be made available to large corporations or government agencies. It would be impossible for an entity to try to take up control over the identities of others without their express approval.

In the end, exploitation of billions of user data by large corporations like Facebook and Twitter from their server factories which store data will be old news. This would be made possible by Web 3.0 eventually becoming a reality. End users will have full control of their data as well as control encryption which invariably means that data can only be shared with permission and case by case. Advertisers and marketers pay billions annually to get user data (which comprise of information ranging from likes to food habits to product preference so they can locate customers). This, which is now common practice with user data made public property, will no longer be the case.