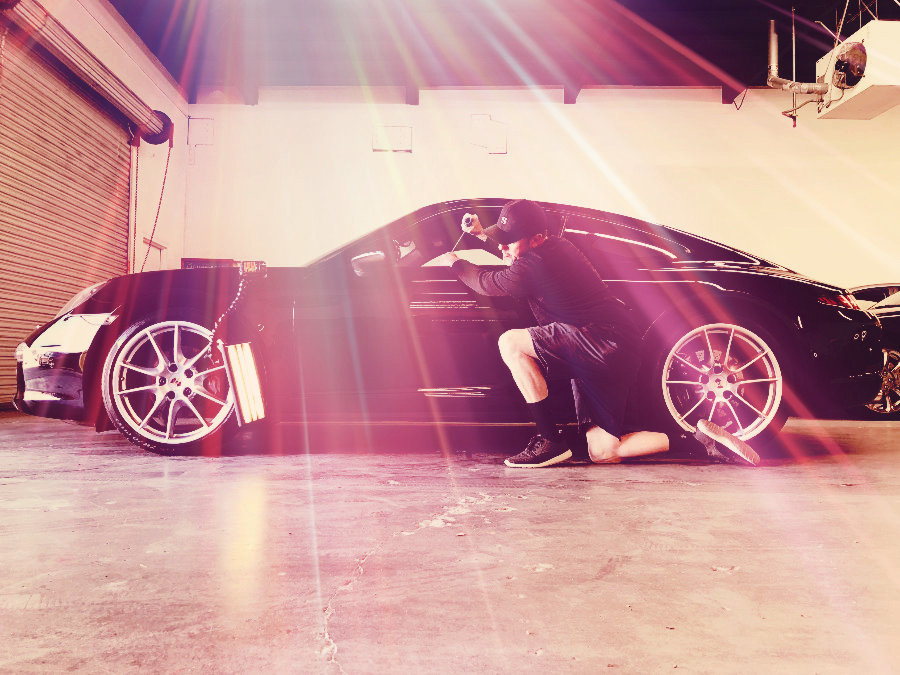 This past holiday season I went to the stores to get some gifts for the family and wife and the parking spots were so close, and something told me I was gonna get dinged, and sure enough when I came back out to my Cadillac I had a huge dent in my passenger side door. I was so upset because I just got this rig after 2 years working overtime.

I had worked 4 jobs and averaged 18 hour days for just under 2 years to buy this vehicle. It was a labor of love so you can imagine my emotional investment. I washed it twice a week by hand, never wore shoes inside it nor allowed others to wear shoes in her too. I always parked at the far edges of parking lots and used a car cover religiously and avoided driving in the rain and bad weather events. To say I was OCD with my cadillac is an understatement.

A friend of mine had just completed paintless dent repair training so I called him up. He reassured me to relax and not to worry- he would swing by and massage out without any trace left. So the next day my pal who was just out of PDR training came to the house and removed the dent and he was right- I couldn’t see any remnant whatsoever!  It was really cool watching him massage it out. He used a special LED light and some heat thing, and then a large metal rod that he gently massage the dent out piece by piece until it was totally gone. He charged me $75, and I was floored because I used to work as an auto body estimator and those types of repairs at the bodyshop are usually over $1000 and take weeks.

I wanted to hug and kiss him when he was done but that would have been awkward, so I settled in for a handshake and gave him a c-note as a tip and was on my way.

The lesson here is if you have a nice car or a leased vehicle and get slammed in the mall parking lots, don’t lose your hair. Call a PDR Specialist and have them massage your dents out and make your car new again too!